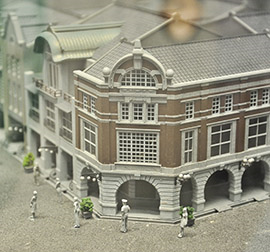 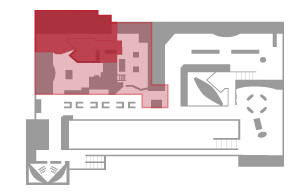 Twitter FaceBook GooglePlus Plurk Linkedin
Share
0
Themes：
Architecture
Sections：
Transformations and The New Order > Modern Education and Culture > Taipei Capital
Keyword：
Sakaemachi, Honmachi, Taihoku New Park, Chongqing S. Rd., Hengyang Rd.
Object description：
Sakaemachi is today’s Hengyang Road in Taipei. During the Qing Dynasty, the west section was Ximen Street and the east section was Shifang Street. The original wooden houses were destroyed by the Taipei flood in 1910, and they were rebuilt as Baroque street houses. In 1922, Taipei underwent urban restructuring, in which the old street names were abolished and the machi system was implemented. Honmachi is the intersection of Chongqing S. Rd. and Hengyang Rd. in modern day Taipei, but before the machi system it was called Fuqian Street. There was a domed tower at the end of Honmachi, and during the Japanese era it was used as a fire station and vantage point in Taipei. The tower was also an important landmark in the city.
The area formed by Sakaemachi and Honmachi was the business center of Taihoku at the time, with companies and shops lining the streets, it was the most bustling and flourishing area during the Japanese era. The model presents life at the time by depicting elements such as the Tingzaijiao (arcade), goods carrier tricycles, bicycles, buses, wooden power pylons and an endless stream of pedestrians.
The intersection of Sakaemachi and Honmachi (modern day Chongqing S. Rd. and Hengyang Rd. intersection in Taipei) has four major shops, including Shinkodo Shoten, Okura, Nishio Company and Tsujiri Tea Shop. Shinkodo Shoten in Sakaemachi was the largest bookstore at the time, selling various textbooks, but also famous for its own publication of books and postcards. After 1945, it became The Eastern Publishing Co., Ltd. Adjacent to the Shinkodo Shoten were Dewa Store and Sato Clocks, which has a giant clock as its sign. Okura later became Cheng Chung Bookstore in 1945, and it is now known as the Cheng Chung Building. Nishio Company (now Kingstone) mainly sold printers and related supplies. Tsujiri Tea Shop was originally the Fuqian Street Post Office, and it was renamed Sakaemachi Post Office in 1922.
The street scenes of Honmachi and Sakaemachi often appeared on postcards during the Japanese era, as these were the most prosperous streets in Taipei City, with many lining on each side. The area along Sec.1 of Chongqing S. Rd. and Hengyang Rd. remains bustling with shops and people, continuing the thriving scene from the Japanese era.
Form：
Replica
Category：
Model 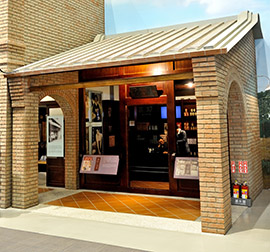 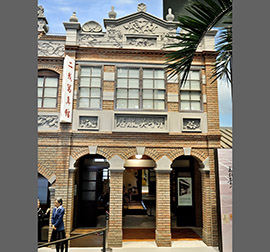 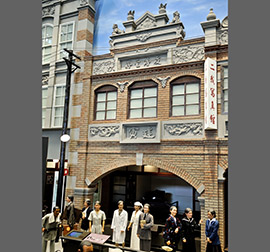 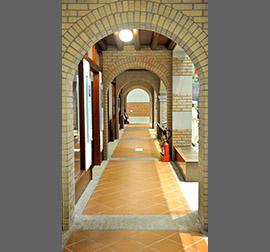 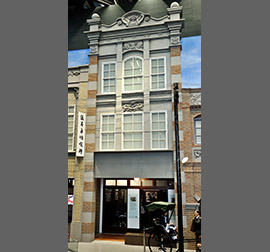 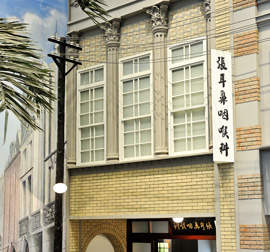