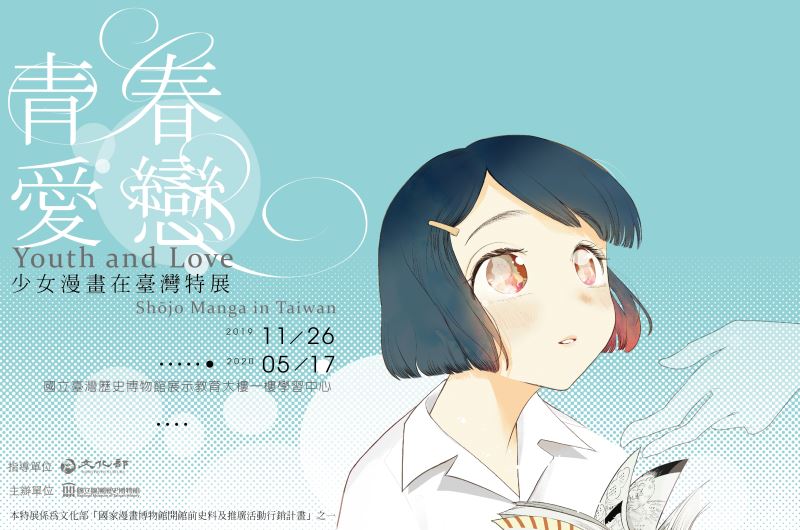 Creating the atmosphere and pausing the storytelling time are the features of shōjo manga. These emphasize stories’ backgrounds, focusing on descriptions of the characters’ mindset and the presentation of emotions. With these, the stories can move forward. Thus, the time of storytelling is always longer than the real events in the stories. Sometimes through freezing, zooming-in, blurring, and fragmenting scenes, the storyboards shape and make up the emotional narrative, which is the main characteristic of shōjo manga. From the time when male mangakas (manga artists) dominated the industry, erotic settings, floral decorations, ribbons, and clouds were used as symbols of girls’ romantic longings.

Set off for the Nation of Shōjo Manga

The publication of OSAMU Tezuka’s Princess Knight in 1953 became the nutritious soil in which the seed of shōjo manga sprouted and profoundly influenced its later development. In the 1960s, when the most significant shōjo mangas were still created by male mangakas, the book-rental industry helped shōjo manga to thrive along with serialized manga magazines. In the 1970s, the so-called “Year 24 Group,” a group of female mangakas, developed new ways of composing and telling stories, creating a new promised land.

At that time, there were no comics which could be classified as shōjo manga. The structure was still the old-style, three-panel one. After the mid-1970s, Japanese mangas gradually occupied the Taiwanese market. Young Taiwanese mangakas who were fans of those works drew on their reading experiences to develop and explore different ways to present stories.

In 1966, Taiwan’s government officially issued Guidelines to Publishing Comic Strips, with which censors were empowered to delete or prohibit certain kinds of comic books, and this had a huge impact on the comics industry. It even led to a gap in the creation of comics so much that a later generation wrongly thought Taiwan lacked comic artists. In fact, since the Japanese colonial period, Taiwanese artists had published their works in Taiwan Ri Ri Xin Bao. Afterwards, Shin Gau Comic Group emerged in the market, and comic magazines such as Seio were also popular.

Tactics to Become a Shōjo

OSAMU Tezuka’s Princess Knight established the vital elements for shōjo manga: romantic protagonists, a focused depiction of a romantic relationship, and elaborately and beautifully arranged scenes. Moreover, Osamu’s character setting usually jumped beyond the fixed gender frame for both males and females, and was avant-garde for its time. The essence of shōjo manga is the emphasis on mental and emotional expression, featuring “deepening the mental aspects,” “reflecting issues linked to relationships,” and so on. In a word, shōjo manga is the aggregate of human affections, including family bonds, friendship, and dreams. Thus, a variety of subjects are covered, and many classic works fall within this genre.

Some dōjinshi, derivative works, appeared in the 1980s, interpreting shōnen manga works like Captain Tsubasa and Saint Seiya in the tone of shōjo manga. These employed completely different styles of presentation compared to the originals. This genre of Boy’s Love (BL), highlighting affection between males, is widely popular among the fujoshi and nowadays continues to boom.

In the Japanese context, works related to BL were first published by Year 24 Group in the 1970s. Representative artists included HAGIO Moto and TAKEMIYA Keiko. BL culture grew at the end of the 1980s, when these works broke the assumption that love exists only in heterosexual relationships, by using romantic motifs to depict homosexual relationships.

Princes and Princesses Walking from Mangas

Since the 1990s, both the government and non-governmental organizations have put a lot of effort into developing the comic industry. The number of comic-related activities has grown. For example, the annual Comic Exhibition has been held by the Taiwan-based Chinese Animation and Comic Publishers Association for more than 20 years, and has grown in both visitor numbers and scale. Prizes, such as the Drama Comic Award founded by the Executive Yuan’s Government Information Office in 2003, and the Golden Comic Award, established by the Ministry of Culture in 2010, show that the public sector has begun paying attention to the importance of creating comics. Related events have served as discussion platforms where the comic community and the public can recognize the importance of comics as a medium that transmits culture.