Model of a modern sugar refinery 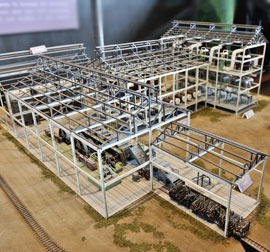 Model of a modern sugar refinery

Twitter FaceBook GooglePlus Plurk Linkedin
Share
0
Themes：
Architecture
Sections：
Transformations and The New Order > Enterprises and New Industries > Industrial Agriculture
Keyword：
New sugar refinery, Ciaozaitou
Object description：
In 1900, the Mitsui Group founded the Formosa Sugar and Development Company, Ltd., and the first new sugar refinery in Taiwan was built in Ciaozaitou based on two major considerations. First, Ciaozaitou was located at the production region of “Dagou sugar”, the main plantation and export area of Taiwan’s sugar industry in the south. Secondly, since boilers were the power source for a modern sugar refinery, clean fresh water with a low hardness was required, and thus Ciaozaitou sugar refinery was constructed next to the Zhongqi River, which offered a steady supply of good water.
In 1902, the Taiwan Governor-General’s Office promulgated the “Incentive Rules for the Sugar Industry”, and the “Regional Material Harvest System” was implemented, in which sugarcane production regions throughout the island were clearly demarcated, and no sugar mills or refineries were allowed to be built without government authorization. Furthermore, sugarcane farmers were not allowed to sell their sugarcane to refineries in a different region. As a result, the sugar industry was monopolized by the government, and the Taiwan Governor-General’s Office saw to it that new refineries were created throughout Taiwan. The construction of the Ciaozaitou sugar refinery revolutionized the sugar industry in Taiwan with regard to agricultural production, industrialization, transportation and the relationship between government and business.
The Ciaozaitou sugar refinery consists of the factory area, warehouse area, administration area and dormitory area. The factory facilities can be divided into four sections: the extracting room, evaporating room, crystallizing room and boiler chimney, all of which were used for the industrial production of sugar. The simplified process of sugar production involves extracting juice from the sugarcane in the extracting room, which then passes through the heater, sedimentation tank, filter press and evaporator in the evaporating room. The resulting material then enters the crystallizer and centrifuge in the crystallization room, forming sugar. The ashes from burning the bagasse and sludge from filtering the sugarcane juice contain organic ingredients, and therefore they are returned to the field to improve soil quality and minimize the use of chemical fertilizers.
Ciaozaitou sugar refinery was officially closed in 1999, and its nearly one hundred years of sugar production mark the rise and fall of the modern sugar industry in Taiwan. It has now been transformed into a recreational destination for tourists and the public.
Form：
Replica
Category：
Model 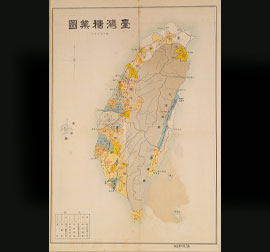 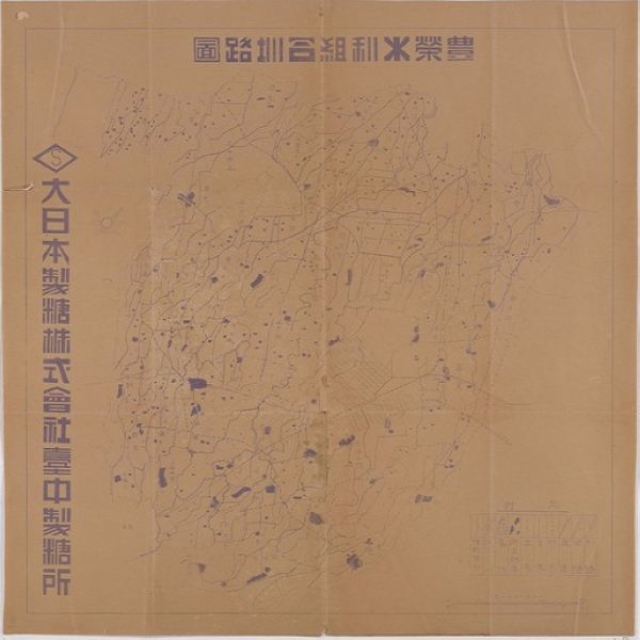 Map of water channels in Rongfeng 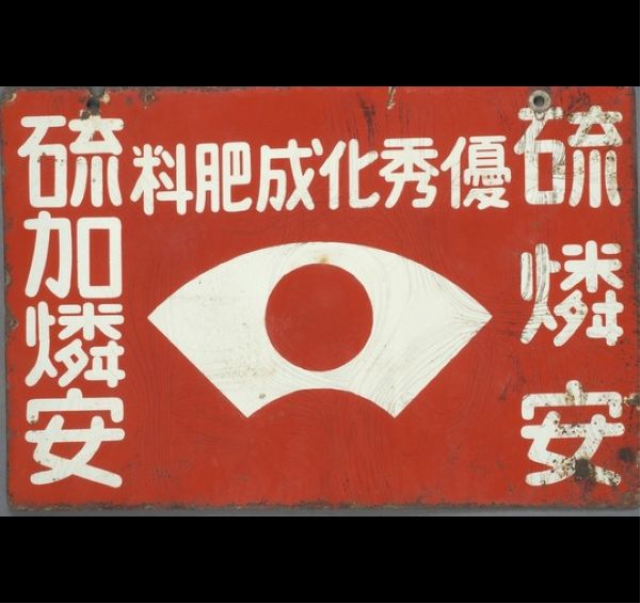